The allure of the rebrand

What is a brand?  Design agencies – and their more gullible clients – might have you believe it is principally about the brand name, the logo, the visual identity, etc.  These become potentially important signals if the brand acquires a loyal following, but in themselves they are not where the value of the brand lies.  Yet organizations that are in trouble, or mistakenly believe that there is a short cut to growth via a mystical process called ‘branding’, still happily pay often eye-watering sums for the creation of a new brand for their business, operation, or a part of it.  Changing the visual look of an existing, well-established brand (with or without a sound strategic rationale) is one thing, and not without risks.  Creating a new brand – with a new brand name – from scratch is quite another, particularly if there is already a pre-existing brand which is therefore about to disappear.

To believe, for one moment, that the real value of a brand to an organization consists primarily, or entirely, of its visual look (including the word/words or acronym representing it), or the tangible assets associated with it, is to ignore the reality of the huge sums paid to acquire brands.  When Nestlé acquired Rowntree’s in 1988 it paid £2.5bn, 2.5 times the stock market valuation, 8 times the book asset value and 25 times earnings; Professor Malcolm McDonald memorably wrote that “only a fool would conclude that it was paying for a factory in York”.  Many such huge premiums have been paid for brands since, such as Procter & Gamble’s 2005 £31bn takeover of Gillette, at a price that was again 8 times the value of the tangible assets and 25 times operating profits.  As these companies, and many other brand owners realise, the value lies in the equity that has been created – above all in the future income streams to be derived from a franchise of loyal brand users.

As recently as 2021 the acquisition of brands is still seemingly being misunderstood.  The acquisition of the Debenhams brand by Boohoo attracted a lot of attention and surprise, including the comment that “…£55m is a lot to pay for what amounts essentially to a web domain and brand name”.  The ‘brand name’ is of course the brand equity, i.e. the access to millions of potential customers to whom the Debenhams brand has significant meaning.

It is the meanings that brands have for customers – an accumulation of positive experiences and beliefs, often acquired over many years – that truly represent what brands are about.  Thus, brands need careful nurturing, in order to develop and build upon these meanings.  In time, the brand name and the visual look become the critical signifiers of those meanings, but at the outset they have no intrinsic value.  All of this seems to escape large numbers of organizations and categories, however.

The financial services industry, not usually short of available funds for obvious reasons, seems particularly vulnerable to high levels of incompetence when it comes to spending those funds on misconceived rebranding exercises.  There is a strong argument that the entire industry, with a few exceptions, has never really understood what brands are about – neither in terms of where their value lies, as explained above, nor in creating the products and services that would truly meet customer needs and reflect that proper understanding.

During a 10-year period, for instance, one pension fund had 4 different owners and 5 different brands.  National Mutual, a life assurance company, was acquired by GE Capital in 2001 and the fund was rebranded GE Life.  In 2006 Swiss Re acquired GE Life from GE and rebranded it Tomorrow in 2007, with a big launch in April of that year.  A month later, in May, it was announced that the new business part of the company had been acquired by LV= (just itself recently rebranded from Liverpool Victoria at a cost of £2m).  In October of the same year Windsor Life (owned by Swiss Re – are you keeping up?) took over the administration of the existing funds and rebranded them Windsor Life: thus, the Tomorrow brand lasted half a year.  In December 2011 Windsor Life rebranded itself as ReAssure, with the accompanying justification that the new name “reflects how different our business is now, how we have changed and our plans for the future”.  Somehow the saga sums up everything that the sector fails to understand about brands.

Some high-profile rebrands in the financial services industry have been touted as successes on the basis of the high awareness levels swiftly built for the renamed entities.  Throwing huge sums of money beyond the purse size of most organizations, at supporting the new entities, would be even more wasteful however, were it not at least building awareness.  The Midland Bank, which had a 163-year history, was rebranded by HSBC in 1999, the latter having acquired it 7 years previously (although its reversion to the Midland Bank name was seriously considered in 2015). 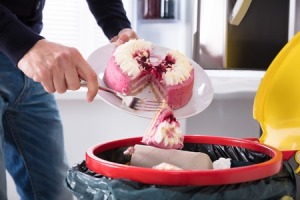 Similarly, Norwich Union’s 200-year old brand name was scrapped in 2009 and replaced with the Aviva brand name.  Although success is claimed for these rebrands, and the transitions were undoubtedly carefully and professionally managed, much goodwill – in terms of priceless emotional associations, memories, etc. –  carried around in the heads of millions of customers, was inevitably lost.

The financial sector is not the only one that struggles with brands, however.  A couple of disastrous high-profile rebrands were the brief renaming of the Post Office/Royal Mail/Parcelforce group as Consignia in March 2001, and the branding of PwC’s consulting arm as Monday in June 2002.  The latter rebrand was described by the CEO as “a real word, concise, recognisable, global and the right fit for a company that works hard to deliver results”; the rebrand, costing £7m, was scrapped when the company was bought by IBM two months afterwards.  Much sniggering accompanied these high-profile changes, but they reinforce the fact that large swathes of the economy do not begin to understand what brands are really about; they are, however, very profitable targets for agencies.  It is similarly questionable as to whether the huge sums invested in creating the Orange and T-Mobile brands in the telecoms sector, were then wisely consigned to history through the creation of Everything Everywhere, which in turn morphed into EE.

Even the retail grocery sector has not been immune from the perils of rebranding.  In 1986 a leading supermarket chain at the time, Fine Fare, was acquired by the Dee Corporation and its stores rebranded as Gateway.  Partly through acquisition, the group landed up with a further portfolio of branded outlets, including Somerfield, Kwik Save and Food Giant, each with a supposed clever positioning in the marketplace.  The positionings frequently changed, as did the brand name over the entrance of each store.  The resultant confusion ended up with the group slipping from a 12% share of the market in the mid-80s to 5% a decade later.

The reality is that a successful brand can be created using almost any word or words (obviously inappropriate ones excepted).  Some of the greatest brands in the world are simply the names of the founders of the companies, such as Heinz, Mars, Ford, Cadbury, etc; no expensive branding consultancy was called in to create an elaborate brand identity for them at the outset.  Once established, however, such brands acquire enormous value because of their loyal customer franchises.  On those rare occasions when they decide that a rebrand is necessary (e.g. for leveraging marketing investment globally) the masters of brand management, such as Mars’ rebranding of Opal Fruits (briefly reintroduced as a promotional exercise in 2020) as Starburst, or Unilever’s rebranding of Olivio as Bertolli, show how it should be done.

Rebranding is a dangerous strategy, undertaken successfully only by the brave and well-informed.  As a response to a strategic problem, or an attempt to seize an identified opportunity, it is quite likely to be doomed to failure.  A marketing strategy that involves throwing away the most valuable asset a business owns, however comparatively weak it may seem, is usually a dumb move.

Further discussion of this topic is welcomed.

Check out the ‘How to’ resource library for a comprehensive range of documents relating to the preparation of marketing plans, as well as the practical and conceptual issues surrounding their preparation and role within the organization.  The resources include some downloadable templates and guides.

What's your thinking on this? Cancel reply

This site uses Akismet to reduce spam. Learn how your comment data is processed.